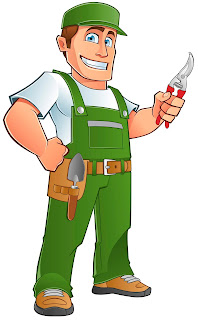 As well as some societies are structured under the metaphor of the ‘forester', other societies have a better ‘metaphorical figure' to describe them, we are talking about the «gardener» figure. For Bauman (2007) the ‘forester' is a pre-modern model, whereas the «gardener» is already a modern model. Regarding the advanced modernity and fordist capitalism, we will describe them using the metaphorical figures of the «technologist», «the engineer» and –also- «the agriculturalist» or «the farmer».
Despite the fact of these societies internal diversity, modern societies share the need to dominate and ‘improve' the natural order. They coincide in the need to define an infinite progress inspired in a very secularized utopia. Consciously, the ‘gardener' –like the «technologists», «engineers» and «farmers»- wants to transform, manipulate and perfect (in accordance with strict human needs) the pre-existing wild nature. This won’t be any more ‘virgin' neither will be left its autonomous dynamics, it will always be subjected explicitly to the human will.
In these societies, there’s a first group, the ones who remove from the soil the «bad weeds», then a second group, the ones who select and reproduce the “good” specimens of plants and animals, and a third group that builds machines and other productive devices. However, they are driven by their own aims, «artificial aims» and also considered in great measure “superior”.

The gardener starts from planning, designs his own aims (like achieving a blue rose), and from that point interacts with the nature as an equal –and also- as if he was her «owner». Francis Bacon exposed the paradox created in this situation, on one hand, he forces and dominates the nature at his will, and from the other hand he obeys the nature, studying her and applying the laws that discovers from the nature.
The «gardener» (like «technologists», «engineers» and «farmers») faces the complexities and problems of the world under the model of the Babylonian labyrinth, full of closed doors that must open and avoid dead-ends. The «forester» is completely opposite to the «gardener», the first one, does not conceive the option to go out of his forest, (although it sometimes can be an uncomfortable or miserable life), while the second one, wants to modify completely his still wild environment to adequate it to his needs.
The «gardener» perceives his environment like a labyrinth that blocks his desires of freedom and command over the nature. So, the “gardener”, needs a «free» and «open» space to be able to build and to cultivate with absolute freedom (to stablish his new order depending on his own ideas and plans). However, before he can design his dreamed garden has to dominate the wild “surroundings”, tame them, and clean them properly. 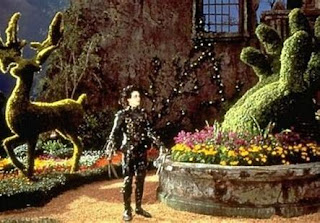 The modern «gardeners», «technologists », «engineers» and «farmers» adore the kind of utopia, that “don’t-have-place” (utopos in Greek) and are non-existent in nature, but at the same time are “better-places” (eutopos). Also, these societies portrayed by these characters, love progress and always have their own ideas of “improved” order and that needs to be imposed. Having an ideology or cosmovision becomes an essential need that tends to be imposed around the globe, without limits and in a revolutionary way.  They don’t have the «prejudices», the mental fetters neither the ancestral respect that defines the «forester».


As well as they don’t have respect for the «bad weeds» neither for all the «savage» that opposes and blocks his dreamed plans of «perfect garden», they don’t even respect those who don’t value enough their utopia, or the ones that cannot live in it. They assimilate these people or groups to «bad weeds», “harmful animals” or «rude savages», so they tend to interact with them as if they were walls, or closed doors, which necessarily need to be to broken, opened or deleted to leave space to the «progress», to the «perfection» and to a garden-world built on the base of the technology.


Controlled by their will of power (Nietzsche) and their desire of progress, utopia, revolution, and perfection (Mayos, 2004: 157ss), the «gardener», «technologist», etc, tend to exclude those who oppose to «the wonders that they imagine». Therefore, even few times, they have violent trends of colonisation and totalitarianism.
As they appreciate so much their utopia, will of power and the capacity to make the world «progress» and to carry out a radical «revolution» of the things, makes them disrespect those who oppose. They think: it would all be better and much easier if these people (the opponents) did not exist! Perhaps this mentality can explain the «dark» relation that Michael Mann (2009) has established between modernity (even democratic) and extermination camps, ethnic cleansings and genocides. Like Michael Mann but more radically, Giorgio Agamben (2005) thinks that the exception status has become a constant situation of the modern regimes.
Furthermore, during the research of perfection, they generate sciences, epistemes, disciplines or knowledge (Foucault, 1993) that allow them to dominate the different objects that configure or create. This is how different activities appear, like agriculture, cattle raising, gardening, technologies and engineering.
Agriculture, cattle raising, gardening, technologies and engineering arise from a similar dominion will. Also, the different learnings linked to them, give feedback to this will of power of the gardener. All of them coincide in the fact that their main objective is to «produce» artificial “superior” orders in a world, that without them would be wild and not «humanized», not exploited and without technical «perfection».
The "gardeners», «technologists», «engineers» and «farmers» also coincide in the fact that they must be constantly updating and improving their «design» to the maximum possible. They always want to make it more extensive and better. They tend to be colonizers, and even, totalitarians, because they aspire to transform «their design» into something universal, omnipresent and total, in concept, extension and intensity.
Willing it or not, they tend to want the whole world to configure under their «project of world», they want it to become a beautiful garden, a large orchard, an endless field for their cattle, the «megamachine» (Mumford 2010) or the greatest conceivable  engineering project. 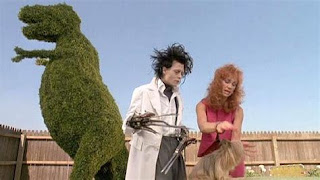 Nevertheless, the paradox is that they often depend largely on the ‘not modified places', like the wild forest, further away from the orchard and the meadow, away from the places that still remain wild and not urbanized... Karl Polanyi (2003) explained very well the difficulties lived by many English peasants that were forced to emigrate massively to the urban suburbs due to the fact that they no longer had lands to cultivate, as the forests and communal meadows were denationalised, they were privatised. They needed to complement their crops with the resources that those lands provided, like wood, wild fruits or tubers, animals to hunt, fish, mushrooms, or just allowing their livestock to knead.
Even the modern «gardeners», «technologists», «engineers», «agriculturalists» and «farmers» still depend on nature; precisely they still depend on the unclaimed, wild and not modified terrains. Perhaps they do not depend on them directly, but they presuppose it. They still need to be somewhere, free «lands», unexploited raw materials, jungles to cut down and populations that still live as «foresters». Perhaps they need them to move around, to settle down there and to impose their authority and productive industry.
Therefore, the need of expansion that links with the will of command can turn into the strength that can make them mutate or transform. Finally, when their otherness disappears (that has been reducing due to their own dynamics), the «gardeners», «technologists», «engineers» and «farmers» will be forced to switch their mentality and transform, due to their own success.

When these 'turbohumans' will no longer have anything to explore, clean, settle, exploit, develop and urbanize, they will have to cease conceiving their whole world like a Babylonian labyrinth (that presupposes an exit and a future without doors or walls), and they will finally realize that they have entered (and now without a definite exit) into the desert labyrinth.


And this desert doesn’t have any end, neither an exit; it is important to emphasize in the fact that there’s an ecological shortage and a production limit. It only has small oases, temporal rivers, lakes that a certain point will become totally dry, dunes that in the future will cover important ruins, underground deposits of oil, gas or water, tremendously difficult to exploit... Then the mankind will have to learn to go further of the mentality of "gardener», «technologist», «engineer» and «farmer». 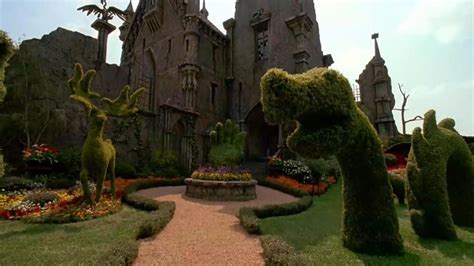